Big BRAVO goes to the keeper Mexico goal during the WMF World Cup 2019!

As there must be some special preparation, meditation, or physical practice hiding behind his success, we asked Mr. Bernaldino Valdovino Solis about his preparatory practices. He said: “I had a specific goalkeeper job for more than 2 months always knowing that we had to be better than the last World Cup.  I always try to be mentally calm and breathe a lot and I think too much about my family and my son who always sees me and I want him to see what his dad does.”

There are the moments when winners become pretty used to success, and when they fail – they feel frustrated.  Bernnaldino does not feel bitter when the ball hits the net, as he proves to be aware that goal cannot be defended against every shot. As he said, the highlight of his career was perseverance and never lowering his arms and always trying to give his best in everything. He is honest when he says that he leaves his heart on the court and thinks it's his best virtue. With this virtue he believes he reached the high level of maturity in his career, but that there is still room left for new achievements. 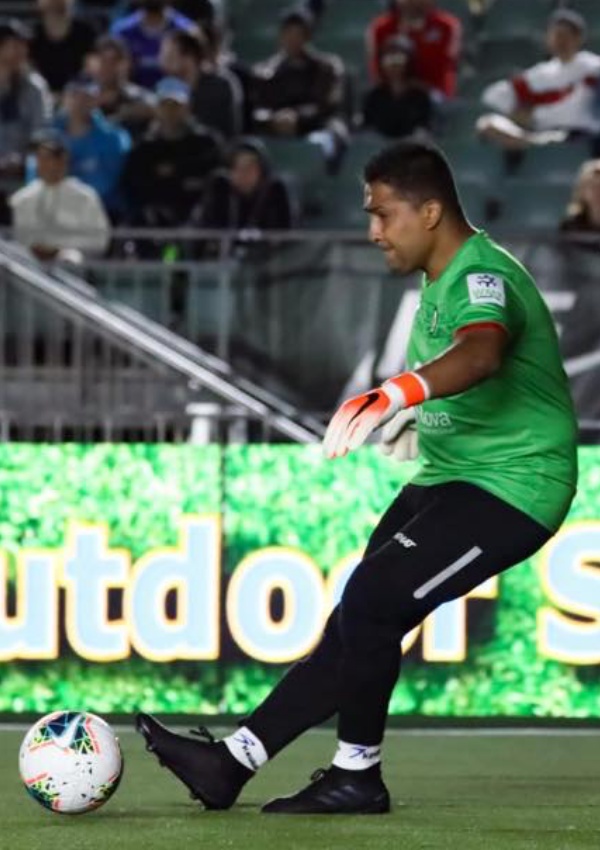 WMF World Cup 2019 “was one of my best experiences and since I stepped on Australian lands, I had the assurance that something good would happen and grace to God and everyone's effort – it was something wonderful in my life”, he shared.

When commenting the perspective on new generations of goalkeepers and what he would say or recommend to those that are at the beginning of their career, Bernaldino said that they should work 100% and that they never, never feel inferior to anyone and that in their mind there is never the word I CAN'T – that word should not exist in the mind of a goalkeeper.

“Make the most out of the people around you and take advantage of EVERYTHING in order to learn. That’s the best weapon in life!”