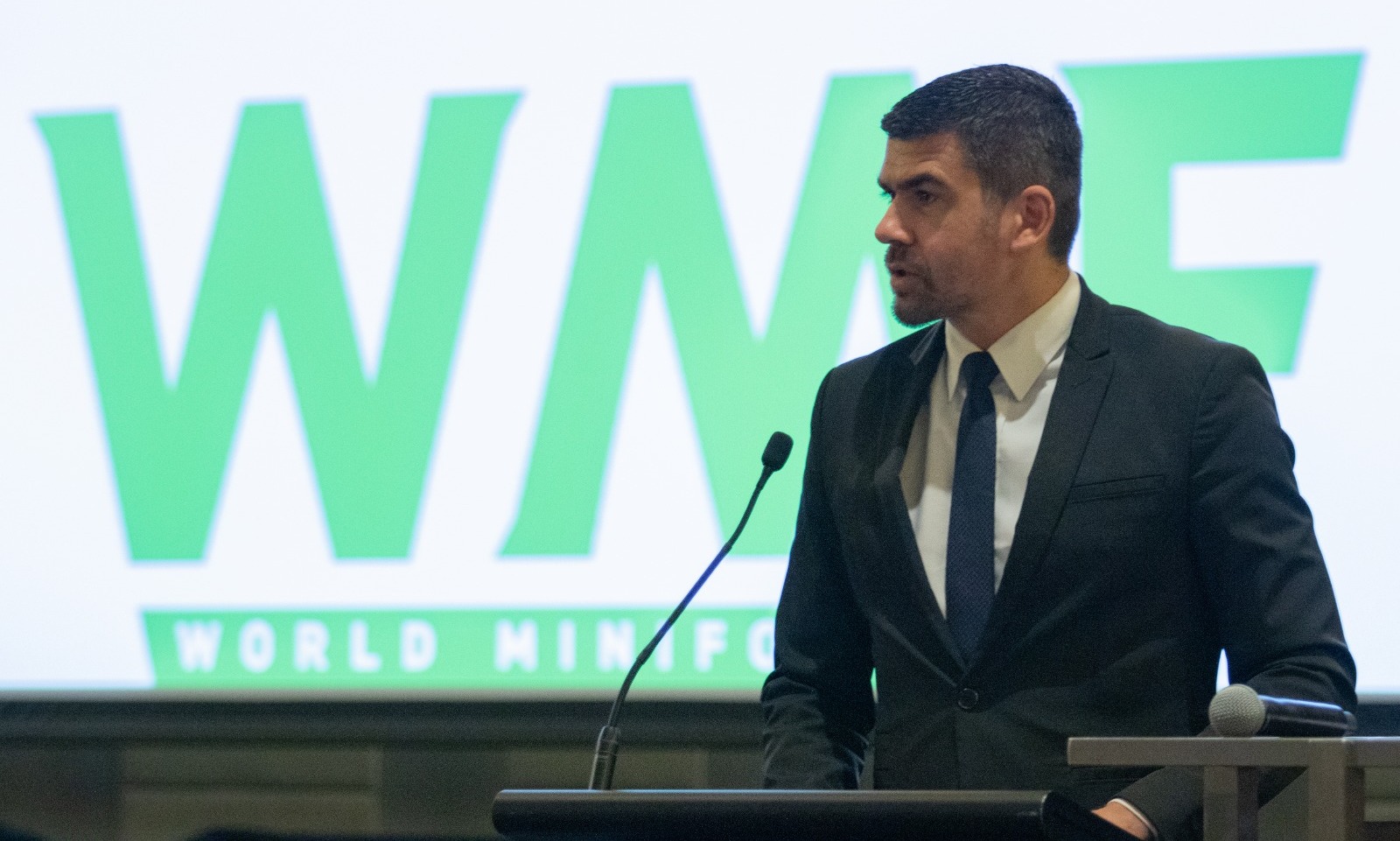 Dear minifootballers and Members of the Minifootball Family,

When I first ran for President of the World Minifootball Federation in 2013, it was because I wanted to develop minifootball as a tool for a better society. To make it a new opportunity, a way of life, a way to spend leisure time in an enjoyable and healthy way, not just a sport practiced for performance. Secondly, I wanted to modernize the sport by unifying it. Because there was a gap between the different national organizers or, if you like, federations of minifootball, which was getting wider and not only financial but also seen in the organization, in the limits of knowledge and integrity issues.

My vision has always been that minifootball would become one of the strong social phenomena and that the World Federation would be able to ensure prosperity by increasing the value it can produce through its projects. In a brief: minifootball, community, and business from a sustainable development perspective. This requires a vision to have a goal of where we want to go, and leadership to have an attitude through which we seek the unity of action to advance our common interest.

With the goal of common interest in mind, the World Minifootball Federation held its management elections last June during the European Minifootball Championship, in which delegates elected their management for the next five-year term. I would like to take this opportunity to thank all delegates for their vote of confidence to once again lead this important sporting family. For my part, I can promise that I will continue to work for the best possible commitment to the cause of minifootball, and that I will continue to strive for a unified language of leadership, finding compromise solutions across different cultures, religions, and customs of those not only on the board of the World Minifootball Federation but also those who are members of the WMF and therefore its "shareholders".

In my five-year term, I would like to focus on developing a friendly environment and unifying the language of organization and development of world minifootball and on regular dialogue with successful national minifootball federations. After these dialogues and analysis of the results, I would like to define a common template to create an overview of how we will support the national federations and facilitate a common language to be spoken. In this way we will define our own methodology into the WMF's organizational structure, combining the most appropriate proven methods of strategic management. I would then share these methods with representatives of other world sports organizations to get an independent view from those outside the WMF structure to confirm that we have correctly defined the strategic priorities for the national federations. Regarding this matter, I am interested in creating advisory dynamic teams of delegates to the WMF General Assembly, and members of the national federations of minifootball to make sure that we have found the best possible solution. And we will share all this together in workshops to make sure that the implementation of these innovations in the national federations is as accurate as possible. One of the events where mentioned above can be implemented is the Minifootball Forum in Zagreb, Croatia in February, for which I would like to thank its host, the Croatian Federation.

The first important test of the new World Federation management will be the WMF WORLD CUP 2023 in the United Arab Emirates, specifically from 26 October to 4 November. The world's best minifootball teams will be coming to the Middle East to compete for the most valuable trophy in minifootball, the World Champions title, after a 4-year pause caused by the COVID pandemic and the subsequent cancellation of the championship in Kyiv, Ukraine. The last one was taken by the Mexicans in Perth, Australia, who will thus defend their gold in the Emirates. Personally, I must also express my sympathy to the Ukrainian Minifootball Federation, which has had to cancel the WMF WORLD CUP preparations twice. I am glad that despite the ongoing conflict on Ukrainian territory, the Ukrainian national team not only participated in last year's qualification for the WMF WORLD CUP 2023 but also managed to qualify for this championship. Before the start of this year's championship, we are planning to announce the organizer of the WMF WORLD CUP 2025 so that we can invite the representatives of the winning federation and the management of the city and country that will host this championship to this year's WMF WORLD CUP, where they will take the imaginary baton of the organizer of the upcoming world championship.

The past year has also brought the election of new management and thus chairmen in the national minifootball federations I would like to congratulate those who succeeded in the elections and I look forward to seeing their work for the development and promotion of minifootball in their countries.

Therefore, the WMF's main activities must be focused on increasing its administrative capacity, which is linked to its funding and the quality of its services to national minifootball federations.

I am convinced that if each of us tries to approach the elite model of minifootball, i.e. those economically and sportingly successful national federations, it will be impossible for us to not succeed in the all-round global development of minifootball.

And I believe that the elite model of minifootball will also be supported by the composition of the new organizing team, which will implement the preparations for the WMF WORLD CUP 2023 this year.

To conclude my New Year message, let me thank the entire minifootball family, my colleagues on the Executive Committee, the WMF Secretary General, the WMF Commission Chairs, and then, most importantly, the national federations and players for their work and performance all year round, and for their involvement in local, national and international projects. I would also like to thank our partners, without whom the realization of our goals would be considerably more difficult.

Let me enter the New Year with the motto "Better together", wish you good health, success, and joy in your work, life and when you take a reflection on the past 12 months at the end of this year, may you evaluate it positively and even better than the past year.