Let us kindly introduce you to the WMF WC 2021 in Ukraine!

Let us kindly introduce you to the WMF WC 2021 in Ukraine!

The WMF World Cup 2021 got its new home in Ukraine, after Australia in 2019,  which opened the vision to build up a new and better path for our sport and enrich the legacy that all the minifootballers around the globe create. 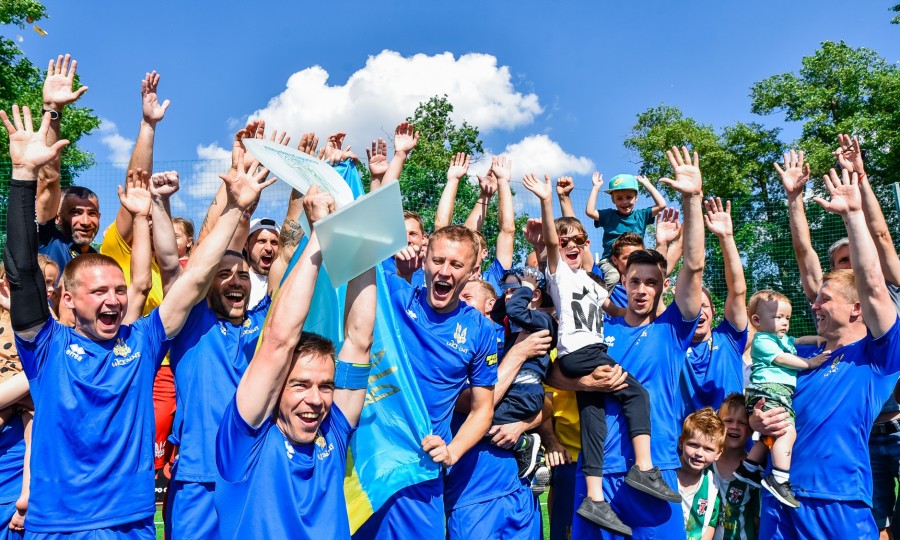 The decision to have Kyiv as the venue was brought during the WMF Executive Committee held on 30th of July 2019, pushing the button of excitement among hosting management, that aligns all its professional forces for preparing the event worth waiting.

Turning on the engines for this event, the President of WMF – Mr. Filip Juda opened the box of enthusiasm: “I would like to congratulate the Ukrainian Minifootball Federation for its efforts and perseverance in sending all the necessary documents important for guaranteeing a successfully organized WMF WORLD CUP 2021.

The Ukrainian Minifootball Federation has gone through a lot of work since 2014 when I was present at its "inauguration" in Kyiv. Concretely in the field of development of the membership base, planned construction of infrastructure, but also the performance of the national team. In my opinion, there can be no better location for the promotion of this sport in Ukraine than the historical center of Kyiv.

I personally wish to Zhenya Dontsov, the Ukrainian Minifootball Federation president, and his team to be successful in the important preparations that are always an integral part of success, whether in the promotion of minifootball in Ukraine but also abroad. Same for the development of this sport in other cities of Ukraine, cooperation with Ukrainian Association of Football in field of grassroots and also for the potential coming of new partners and increased attention from the Ukrainian state public authorities.

As we are saying "the glory to the winner, the honor to the loser". That is why I would also like to thank Senegal, who was a rival of the Ukrainian Minifootballl Association in the final of the voting, for his candidacy and acknowledged his work for developing and promoting of minifootball in Senegal during the very short time since its foundation.

Equally appreciative is the recognition that the minifootball in Senegal received from the Senegal Ministry of Sport, but also from the President of the Republic after finishing third at the last WMF WORLD CUP 2017 in Tunisia and the associated support that has since receiving.”

Zhenya Dontsov, President of The Minifootball Federation of Ukraine is glad also to share with you the spark of positivity around this decision:

“Dear Minifootball friends worldwide! In this excided historical moment, from all the Ukrainian Minifootball community, we would like to thank you for choosing Ukraine to host the next WMF World Cup 2021 in Kyiv! It is a great honor for us, and a huge responsibility for everyone to bring this event and its positive energy to society. There is no doubt that this event is going to be one of the most popular sports events in 2021. We will do everything for that!

So, guys, there is nothing to say more! We are waiting for you here and WELCOME TO UKRAINE!”