Summer for Superfinals of minifootball in the Czech Republic

Summer for Superfinals of minifootball in the Czech Republic 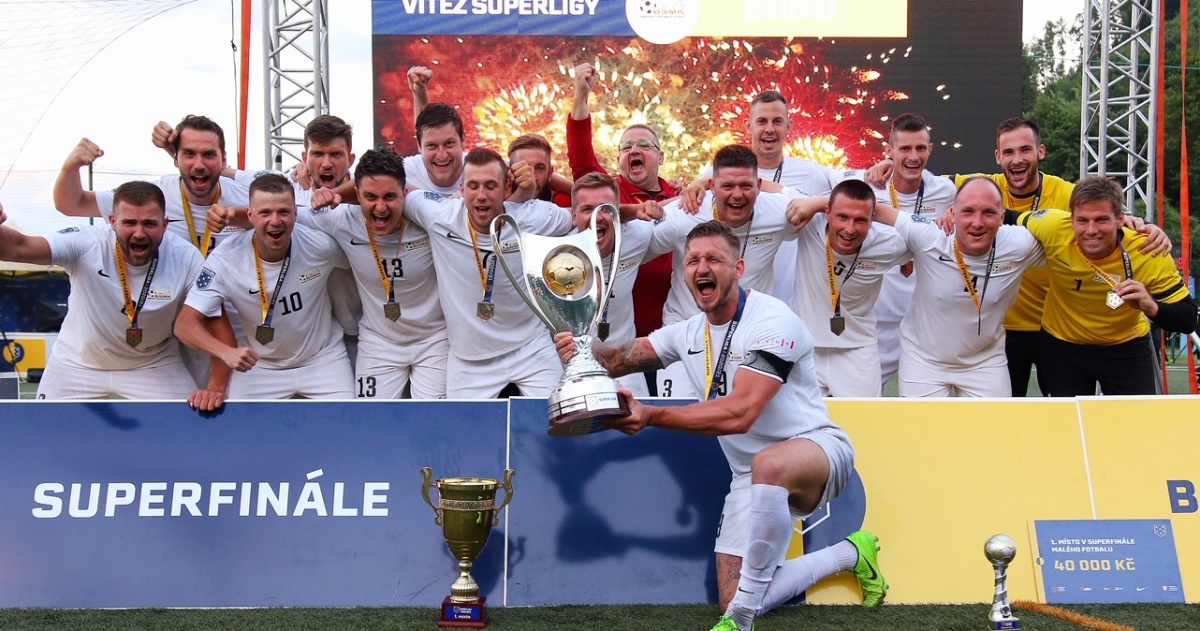 We were wondering what was going on in the Czech Republic now that everyone is preparing for the WMF U23 World Cup. We found out they have been really busy these days, as the Superfinal was on.

Boskovice – For the first time in history, there was an all-day Superfinal, which ended the season of the SuperLeague of minifootball in the Czech Republic. Brno ruled in Boskovice, winning in both categories.

The SuperLeague of minifootball is a long-term competition that has been played for six years. This year’s selections were made to twelve regions, eight of which advanced to the playoffs.

The semifinals and finals were played on Saturday and the gold medals were defended by Brno, which defeated Jihlava 5:3 after extra time. Blanensko finished third, who defeated Most 11:3 in the fight for bronze.

For the first time in history, the Under-23 SuperLeague also took place, in which twelve teams also took part in two tournaments. The four best participated in the Superfinals and the title was also won by Brno, which defeated Příbram 7:1 in the final. Staropramen Praha finished third, beating Olomouc 3:1 in the bronze medal match.

They play to prepare, and as history says: to win, which we know is their expectation so let us see what happens next.