For the future of rebuilding, starting 2020

For the future of rebuilding, starting 2020An annual message by the President of WMF Mr. Filip Juda 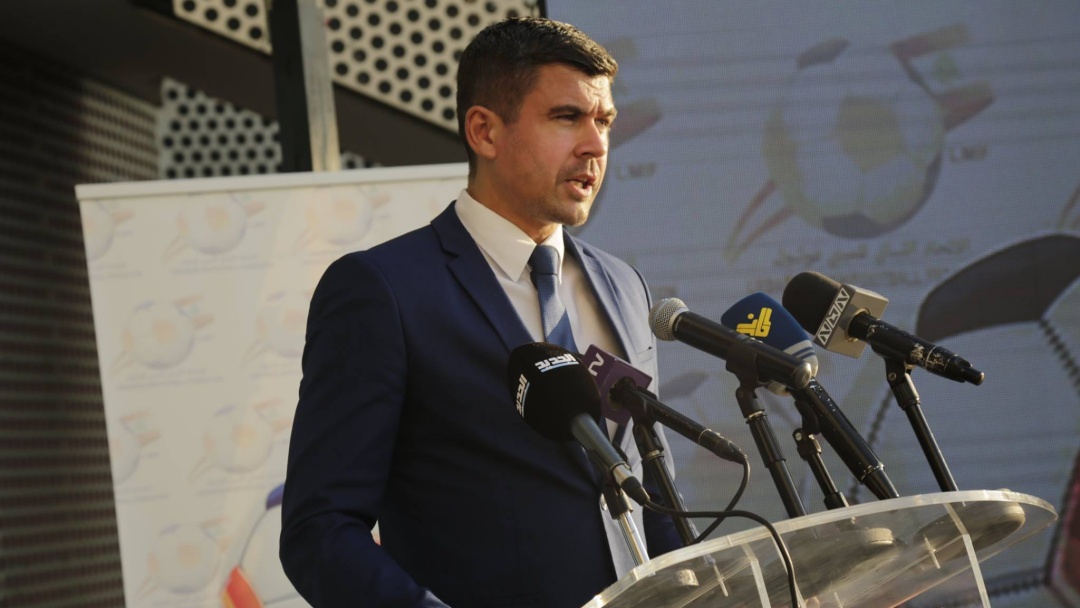 A New Year's evaluation is always not only a reflection of people’s work over the past year, but it is also a resolution to take the next steps in the organization, promotion, and development of minifootball in the upcoming year.

In some countries, 2019 was an election year, so there was a struggle for the position of the most powerful persons in minifootball in those countries, which split up some national minifootball associations. Even though I personally say that unity is strength, I hope that this splitting will at least be a motivation for progressive development of this sport in those countries. Moreover, I believe that when those people stop holding a grudge and being power hungry, the opposing camps will reunite and minifootball will be ideologically unified again at all levels.

I am glad that continental federations have not been affected by power struggles and that the delegates always chose a single candidate to support. In 2019, the EMF was a good example and chose Boris Alexandrov as the leader. The same situation happened on the American continent where Rico Chermont from Brazil became the chairman who got support from all voting delegates. At the beginning of this year, Dr. Mohammad Al Dossari from Saudi Arabia won the election to become the leader of the Asian Minifootball Confederation. Once more, I would like to congratulate all of the above-mentioned persons as well as other members of the executive committees of the federations and wish them a successful mission which will lead to strengthening the value of minifootball on the continents, increase the number of registered players, and ensure a successful organization of a WMF Continental Cup. I would love the federations to always choose leaders who have been successful in their jobs or who have the potential to achieve success in a relatively short period.

In my opinion, it is important to reduce the number of people in executive positions in minifootball at the national levels, especially those who hold their positions primarily for their own benefit and thus do not contribute globally to the development of this sport. I wish those people would evaluate their own contributions to minifootball and take an objective position on that matter, whether by recruiting more capable people or by considering an option to invite a chairman of another successful association as a mentor who would use his/her experience and assist with better organization of minifootball in the country.

Some members say that the WMF should financially subsidize their activities. It is like social policy, i.e. the state is willing to support people who want to work but not those who don't. However, the WMF will be as strong as its members – national minifootball associations. Therefore, figures are so important, particularly the number of members, ratings and promotion channels to support publicity and public awareness of minifootball and its business partners. The kind of data that national associations collect from their registered members and the way they are able to activate subsequently their membership base for the use of their partners are also very important factors.

The WMF should adopt an important strategy for educating chairmen of national associations and find a way to motivate those top representatives to increase their productivity at work.

In 2020, I would like to bring the most successful chairmen of national minifootball associations together to discuss the future of minifootball, its quality organization, progressive development, and meaningful promotion and then to present, via workshops, their established and successful projects and tools to other WMF members, no matter what international minifootball competitions they participate in or what organizations they are involved in. A similar system already exists in the world, the so-called “G8”, which consists of the economically strongest countries in the world. There is a member, Turkey, which is very successful in working with social networks and corporate minifootball leagues; there is Bulgaria and its joint project with a local football federation which won the UEFA “Kiss Award” in 2016; there is Slovakia which has been making a huge progress in increasing the number of new regional associations; there is Israel which brings unique ideas to organization and development; there is Romania which is a good example to other associations in organization and structure based on democratic elections and transparency; and there is the Czech Republic with the highest number of players relative to the world population. There is Kazakhstan that works well both with human resources and fans; there is Serbia that is successful in working with corporations; there is Ukraine that has presented a low-cost project for building minifootball infrastructures; there is Tunisia that has successfully developed women's minifootball and together with the Czech Republic, the USA, and Slovakia organize the national minifootball league, which enhances the promotion and performance of national teams and the marketing value of this sport in the countries. There is Brazil that has high-quality and well-developed branding and promotion; there is Guatemala whose chairman I respect very much for his wisdom of the development of minifootball, democracy, and transparency. There is India that has successfully incorporated minifootball into school education; there is Mexico, the largest minifootball association in the world with a wide and successful organizational structure; there is Japan that has shown successfully functioning business activities connected with minifootball; and finally there are many other countries which can pass their successful experience on other countries, and thus indirectly strengthen the value of minifootball at the international level. However, I have to mention also less progressive associations which might give us useful information on what they did wrong in the past and how to avoid making such mistakes.

Minifootball is becoming a religion to some people, and therefore let me be a heretic now. If the WMF does not have strong and hardworking national association basis, then international minifootball will hardly increase its value in a progressive way.

At the continental level, I would recommend their management to focus on building at least one minifootball stadium which would be situated not only in a geographically and politically appropriate location but also in a country where minifootball has a strong fan base and social value. This is primarily on the grounds of the years when candidates for hosting a continental cup do not match the ideas of a continental federation and thus the championship could take place in that location, which would significantly reduce the costs of building a mobile stadium that has to be built because of missing infrastructure. In general, if an organization is to be successful, it must be accompanied by either financial or time key investments. I feel this is one of the most important investments after investing in human resources and product development which brings on new business partners.

Every odd year is also the year when the WMF organizes its biggest sports event – the WMF WORLD CUP which was hosted by Australia last year. The championship was marked by benefits and losses, too. As for its benefits, it was undoubtedly public awareness of minifootball in Australia and the WMF WORLD CUP participating countries that helped the Australian Minifootball Federation develop in other states of the country, the contribution of new partners, and promotion of this sport in the WMF member countries. As for losses, it was the non-participation of some players caused either by late visa applications or by Australia's strict immigration policy. Local marketing was another issue. Regarding this fact, a proposal to reconsider the chairmen of selected committees of the World Minifootball Federation was approved and we approached continental federations to help us with the nomination to those structures, so they are 100% ready for the next WMF WORLD CUP which will be hosted by Kyiv, the Ukrainian capital city, in its historical center in June 2021, not just in the category of men’s sport but also in the category of women’s sport. Besides, the qualifying sites are already known – Europe is playing in November in Košice (Slovakia), Africa in Abuja (Nigeria), America in Las Vegas, and Asia in Riyadh, the capital of Saudi Arabia. The number of events and the way the teams involved in the WMF WORLD CUP qualification makes us the largest all over the world. In order to make the preparations for this championship even more effective, we are working on the division of individual work sections (stadium, training field, marketing, media, fans hospitality, etc.) among selected WMF members who are successful in the above selected segments.

Among achievements that we reached in 2019, I would like to highlight not only an increasing number of member associations which we admitted at the last General Meeting in Perth, Australia but also a contract amounting to $ 21 million signed between the WMF and SJK Investment, owned by a member of the ruling royal family of Dubai, Sheik Saeed Bin Jamal Al Maktoum, which makes it possible to start building minifootball stadiums in Africa and the Middle East this year. Consequently, I would like to create a marketing budget from the fundraising which should be distributed among the WMF members who pay their membership fees properly and on time to the WMF in order to help increase the membership base of the country's minifootball players, its better promotion, and, where infrastructure is missing, financially support the construction of new play areas co-financed by a city, region, state, or private investor.

Another success is the number of countries involved in the RSportz information system which has been growing. Anyway, we also have another business plan, option B, for a selected group of national minifootball associations with high commercial or marketing potential for international minifootball.

Finally, let me thank all those who have contributed to the development of minifootball and the increase of its values last year, whether at the local, national, or international level. I will personally look forward to our further cooperation this year.

At the same time, I would also like to wish those who are awaiting leadership elections within national associations that the delegates select a candidate who, in their opinion, will represent, develop, and promote this sport with dignity and in a meaningful way in their countries.

I would advise all delegates, the representatives of national minifootball associations, and the leaders of international federations not to stick to their opinions strictly but to think meaningfully about opposing viewpoints and objectively consider what best is for minifootball.

I wish you good health, happiness, and success even though some people will envy you, just hang in there.