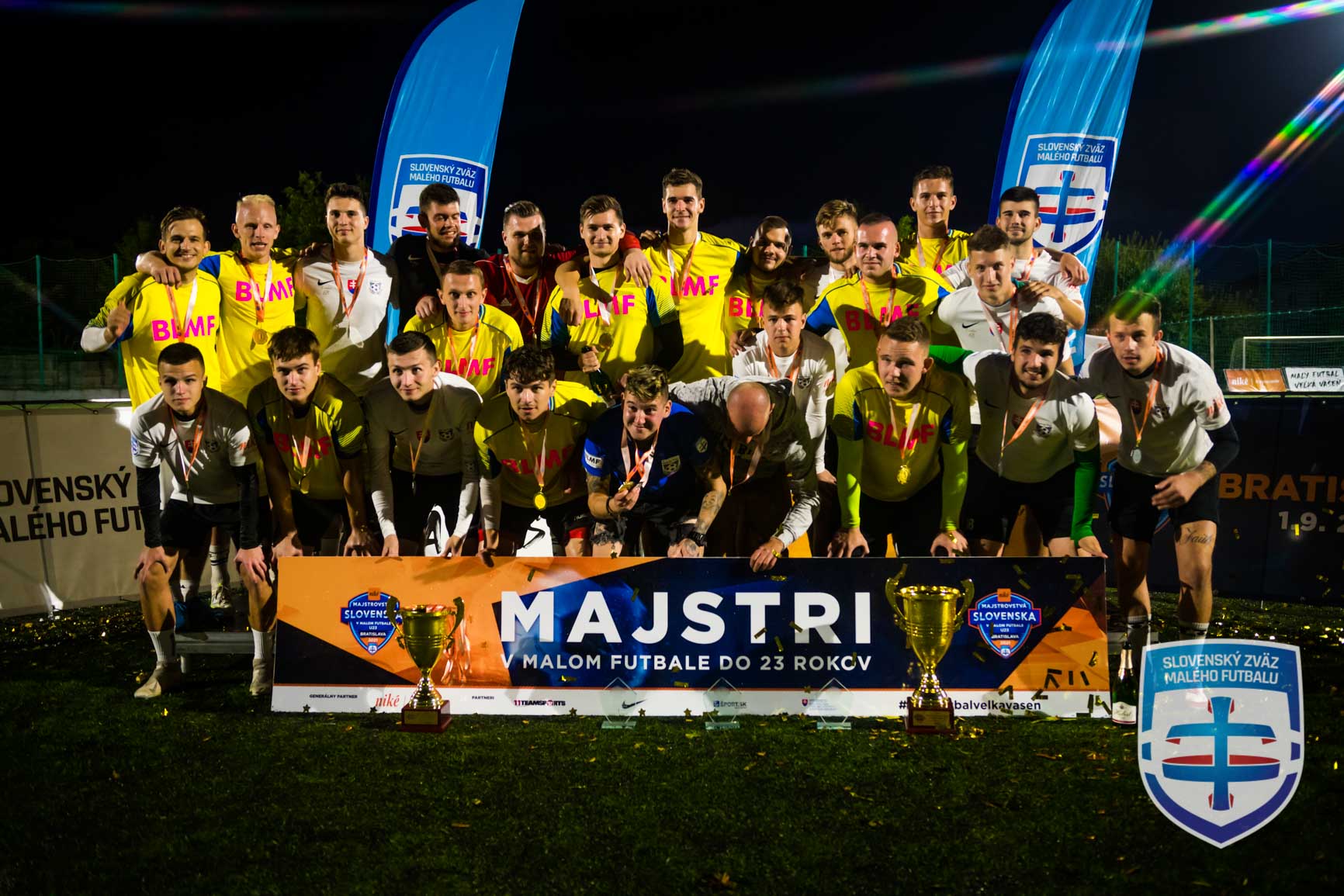 This week, the historically second U23 Slovak championship, took place in Bratislava. In a competition of 24 teams, which were divided into four groups – each with 6 members, Engerau Boys Bratislava was the most successful team. They even built two teams – that met each other in the final at the end.

The Slovak Championships U23 started in the capital city with group stage matches at half-past ten in the morning. From the Group A advanced teams Engerau Boys BLMF Bratislava and MŠK Mayerson Nové Zámky. Their match ended with a draw of 1:1.

Group B was dominated by the second Engerau Boys team – called Juniors. They won all 5 matches in the group stage and advanced in a very sovereign way. However, the battle for second place was much more dramatic. The second place, which means promotion, took Frašták Devils Trnava.

Group C had a big favorite to advance. It was the Eli Academy Prešov. They filled the paper expectations to a point after four victories and won first place in the group. The second spot in this group was taken by the home team from Bratislava – GPS Ovsište.

Similar as in group C, there was one hot favorite to advance in group D and he was also from east Slovakia again. Several fans and players favored team Podpor Pohyb Košice as an overall biggest favorite. They filled expectations and advanced from a group without a loss. The quarterfinals were accompanied by team Dobri Bobri Prešov.

Quarterfinal matches were immediately followed after group stage matches, which sent a clear signal to the end phase of the tournament. Engerau Boys Bratislava simply came for the title. In the first quarterfinal, they eliminated hot favorite from Nové Zámky – but with the necessary luck, because they won only after a penalty shootout. The second Engerau Boys BA team won in second QF in regular time. Frašták Devils Trnava was defeated by them 2:0. In the next quarterfinal matches were big favorites from east Slovakia. In third QF showed Podpor Pohyb Košice impressive quality and advanced to semis after win 2:0 again GPS Ovsište Bratislava. In the last QF meet teams from Prešov – Dobri Bobri eliminated Eli Academy by the closest difference of 1:0.

The quarterfinals were followed by the semi-final matches. They brought a confrontation of teams from Bratislava against teams from the east of Slovakia. They turned out better for the home teams from Bratislava. In the first semifinal, Engerau Boys BLMF won against Dobri Bobri Prešov 3:1 and in the second semifinal won second-team Engerau Boys Juniors 1:0 against Podpor Pohyb Košice – after goals in the last seconds of the match.

Before the final match, the defeated semifinalists met and in the match for the 3rd place, team Podpor Pohyb Košice won 3:1. So they took bronze medals. In the final, we saw the battle of two teams, which are playing under one brand. Probably no one expected such a scenario, not even the Engerau Boys themselves, who could practically celebrate before the final duel.

However the friendships went aside in the final, the players of both teams wanted to succeed. The small favorite of the duel was EB BLMF, who had in their squad the best scorer of the tournament Emil Haladej. It was him who assisted in the last minute of regular time for a single goal of the match. Branislav Markovič scored after a great assist from Haladej and set down the final result 1:0 for Engerau Boys BLMF. EB Juniors also showed great team spirit and celebrated together with their friends. We couldn’t wish for the more beautiful end to this championship. 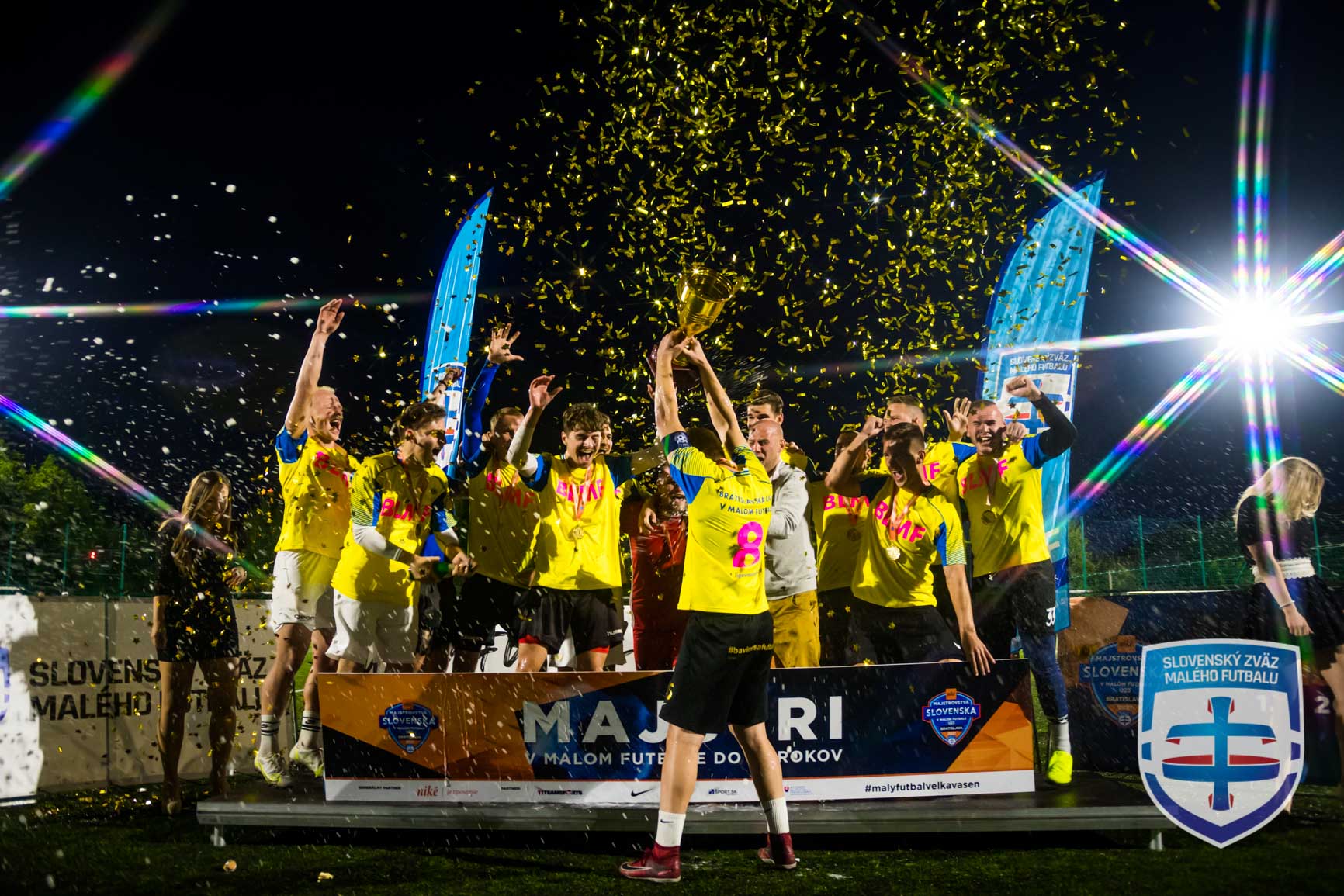 It was another celebration of minifootball in Bratislava. The family of our beloved sport has once again become a little stronger and has proven that our sport is moving forward by miles. It is mainly thanks to players, supporters and our staff. We would like to say big: THANK YOU for another fantastic event under the organization of the Slovak minifootball association.